Diana Bollenbaugh was born and raised in Oregon.

She then attended Oregon State University (Go Beavs!) and graduated in 2005 with a B.S in Zoology.

While Diana was earning her degree, she also worked for a paint manufacturer — thus learning the workings of a successful business. Starting in aerosols, she worked her way into a promotion in the EHS department. While there, Diana was responsible for environmental sampling of air and water as well as local, state, federal, and international reporting. She enjoyed the challenges the position offered and the opportunity provided to grow and learn.

In 2011, Diana had grown as far as her position allowed. When the opportunity to make a change came about, Diana jumped on a jet and took hold of a dream we all share — living in Hawaii. Moving to Honolulu and joining Moir Financial & Insurance Services in June 2012, Diana soon after obtained her Life Insurance license and began a new chapter and a new opportunity to grow.

Diana coordinates Client Relations and Service Delivery, PR, Marketing, and Operations. She delights in supporting the continued success of Moir Financial & Insurance Services and being a part of their bigger vision for the future.

Outside of the office, Diana enjoys reading, hiking, and visiting with family and friends. 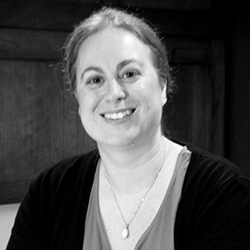